Hangry and the Hamster Gang

Hangry and her minion gang of little hamsters (Hoy, Huck and B-rad) are the poster child pets for the Shady Pets game. Like little gangsters, they take “shady” to the next level. If you let their food bowl run out of sunflower seeds, they will come after you with forks and little spears. This is how “Hangry” got her name. But what’s funny is that even after eating, she still acts hangry.

They can be a little naughty too. On one occasion they snuck into the human trash to drink some leftover beer found in the bottom of some beer cans. This little incident had the entire pet world on alert as during their drunken outing they tried to spread false rumors about The Monks, tried to light Sir Isaac on fire, put red food coloring in Bruno’s water dish and told Bruno it was blood. They stole a red lacy brassiere from their human mom’s dresser then used it to float around in the hot tub.

These guys are seriously little maniacs and we suggest you stay away from them at all costs!

Artwork with Hangry & the Hamster Gang:

Hangry is featured on the cover of the Shady Pets game and on several cards in the game. Hangry and the Hamster Gang are the coolest little demons you’ll ever meet! They are featured on our shirts and we will have a plushie “Throw Hamster” available shortly.

Featured Cards with Hangry and the Hamster Gang: 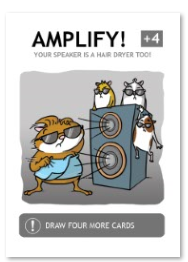 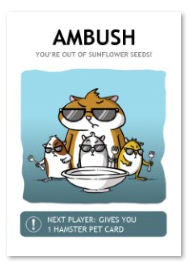 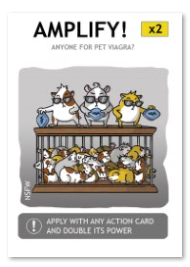 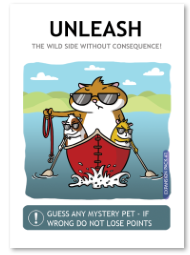 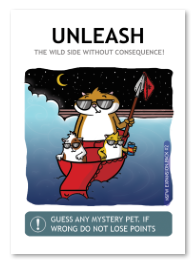 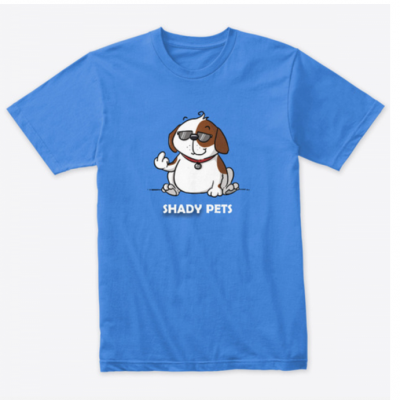