NEW! The Shady Pets NSFW (Not Safe For Work) version offers the same great game play as the original version, but contains card art with adult humor and references not suitable in a kid-friendly version.  On Sale. $10 OFF – Now Only $19.99 (Normally $30).

Or order … select ‘add to cart’ below:

Shady Pets is a highly strategic card game that requires you to play in a most shady way as you strive to correctly guess the identity of the mystery pets. It’s a little like Clue, Uno and Exploding Kittens. You have to steal, take, show, sneak peek, expose, ambush, stop other players, grab and even throw an occasional octopus at an opponent on your way to victory. As players take turns, the game gets more intense because, just like you, everyone is getting closer to solving the mystery pets, yet who is going play the best game, collect the most points and win the game?

The Not Safe For Work version contains card art with adult humor and references not suitable in a kid-friendly version.

Here’s a sample of some of the twisted NSFW Action Cards: 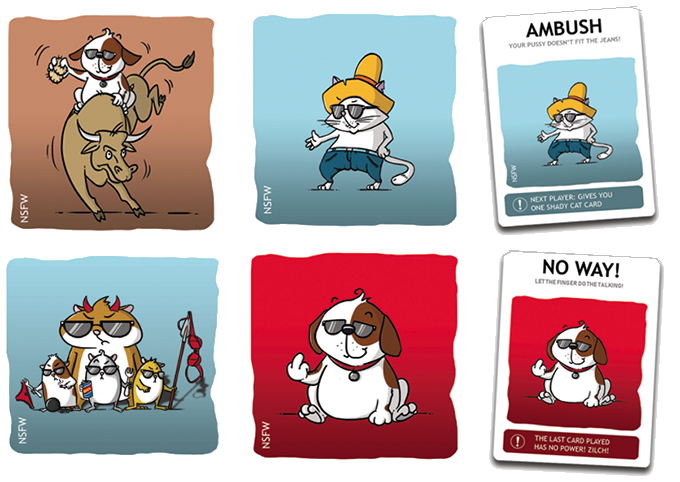 Here’s what’s in the box: 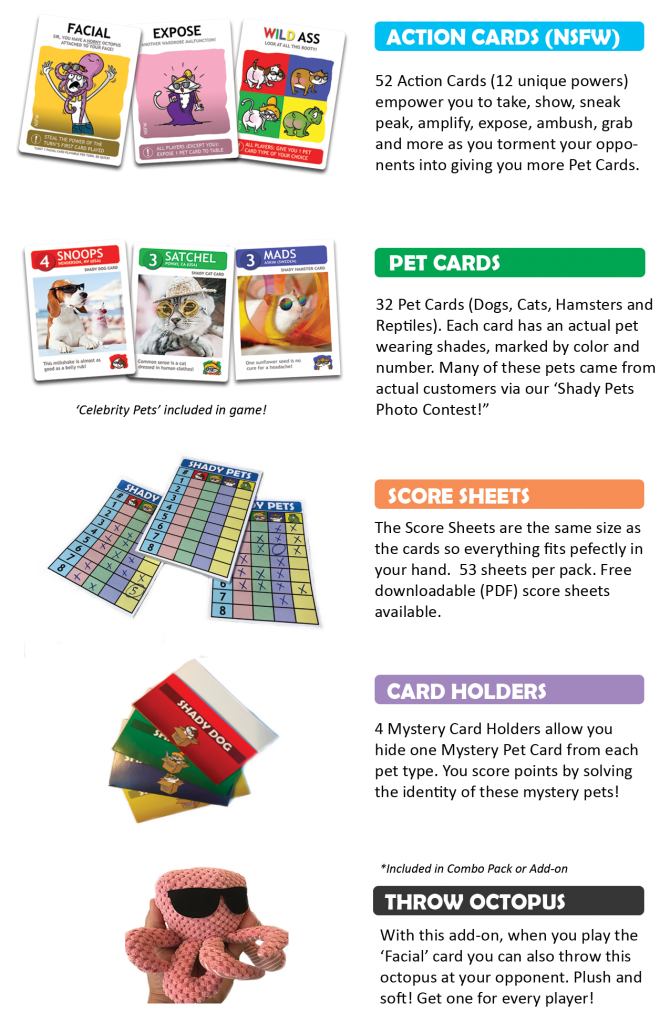 “Shady Pets brings elements of popular classics like Clue & Uno to the table and puts its own twist on it in this cute, fun, light strategy game that the whole family can enjoy.” – Dan from Game Boy Geek
“The clever combination of classic game styles alone make Shady Pets great. Add in the fantastic art and genuinely cheeky humor – Shady Pets is a must!” – Frank at the Game Gypsy
Lena A

My family loves this game! As soon as it came in the mail, was placed upon our dining table, we had to play it! My son loves the throw octopus, sometimes a little too much. We all enjoy the colorful/funny cards and consistent interaction. I believe this a family game that will consistently come off our game shelf for frequent play.
Connie M

My 9 and 12 year old kids and I really enjoyed playing the game. The kids enjoyed the throw octopus until one got hit in the face when they weren’t expecting it which started a fight and I had to take it away. It also made it so we couldn’t have drinks while playing in case they were knocked over. Otherwise we had fun and the game will be included in our favourites for family game night.
Lori C

My family has loved playing Shady Pets. As a family who loves games, this one is at the top of our list. The game is creative, fun, strategic and everyone is laughing the whole time. I highly recommend it. 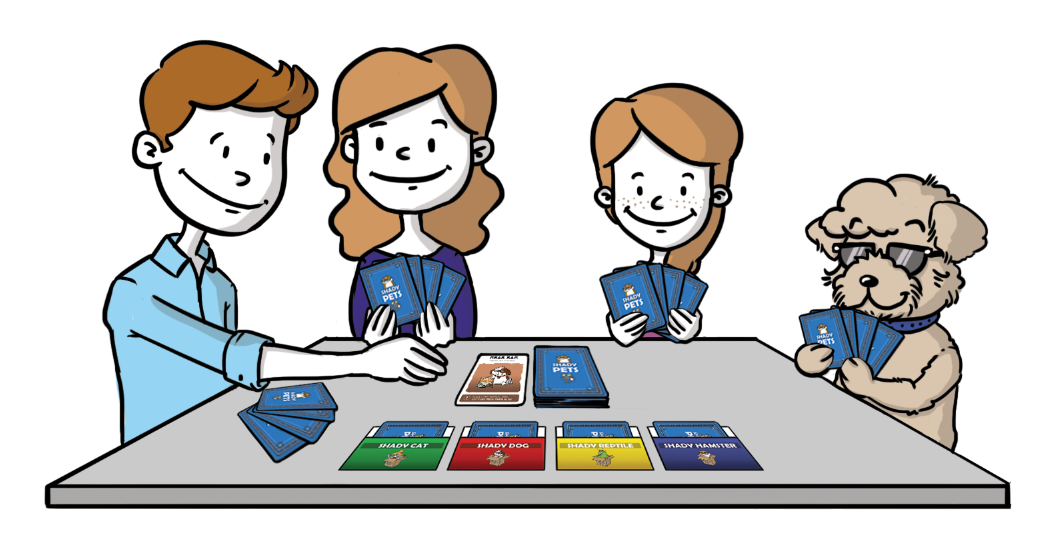 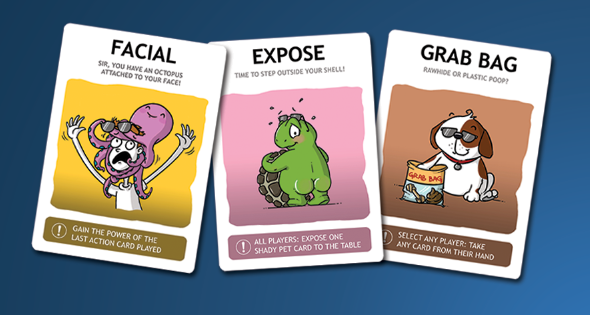 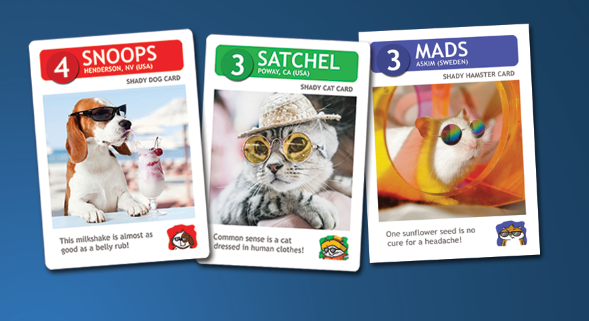 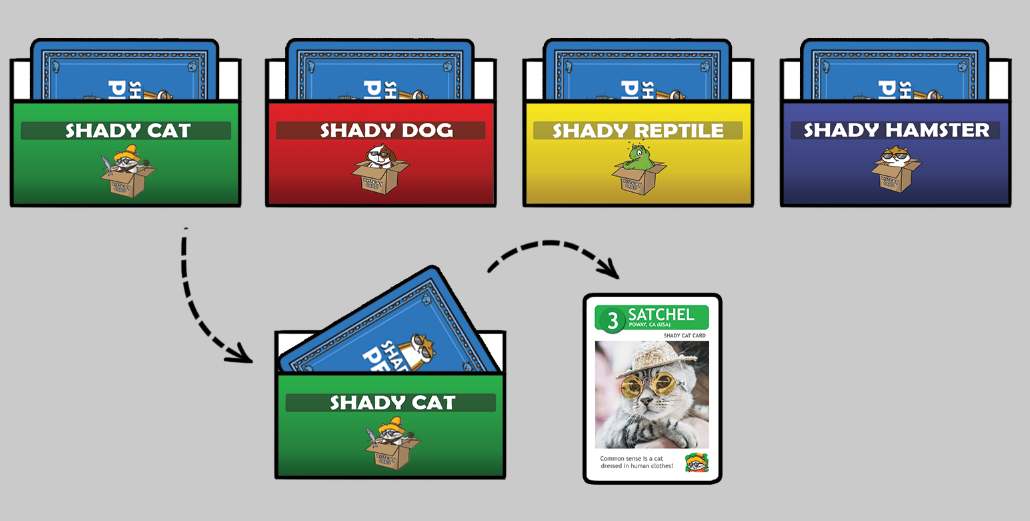 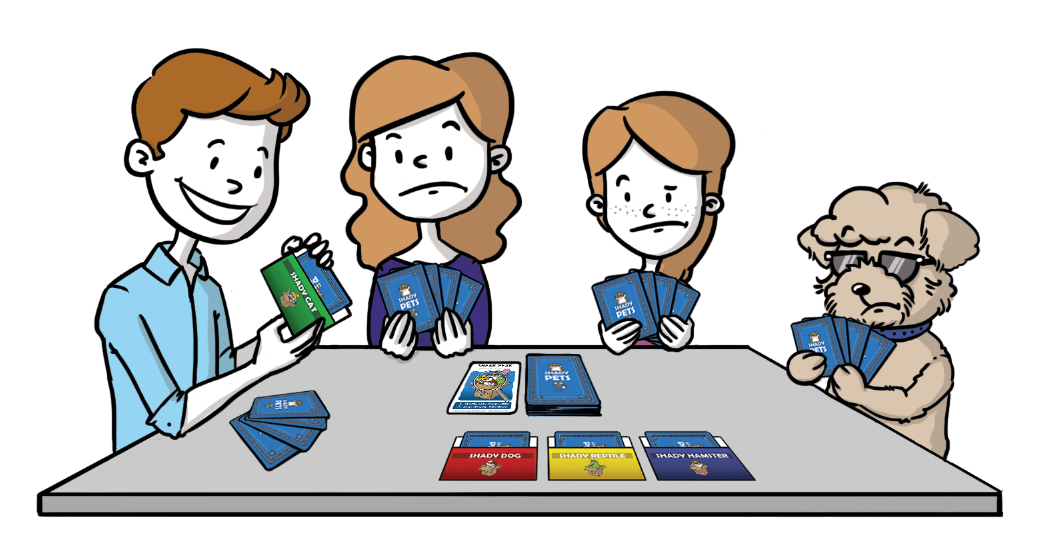 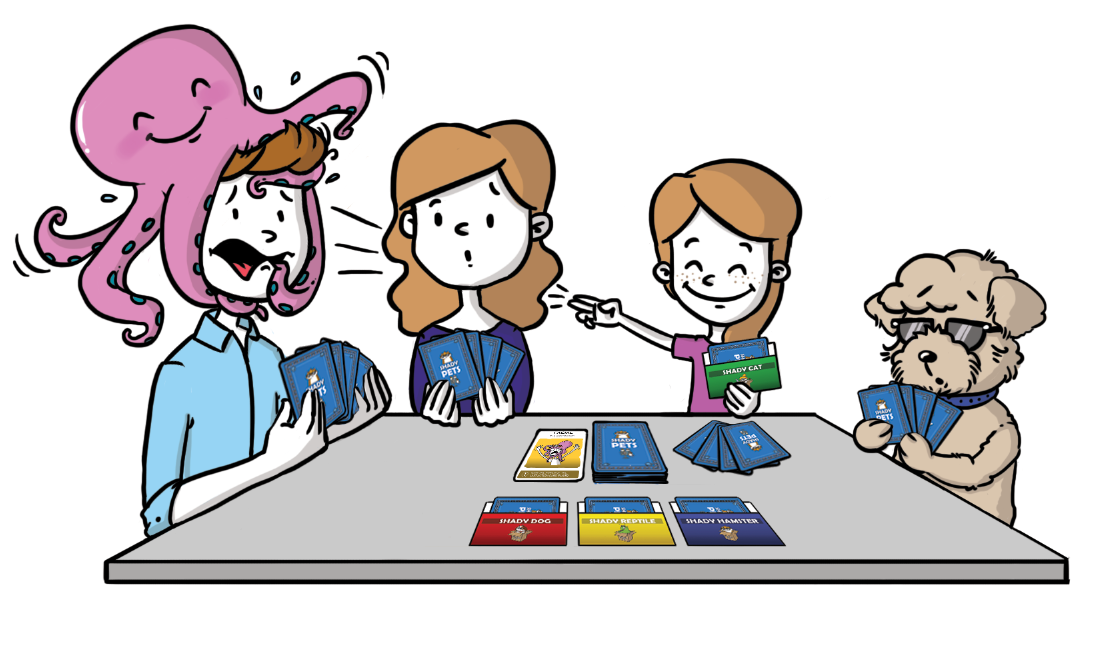 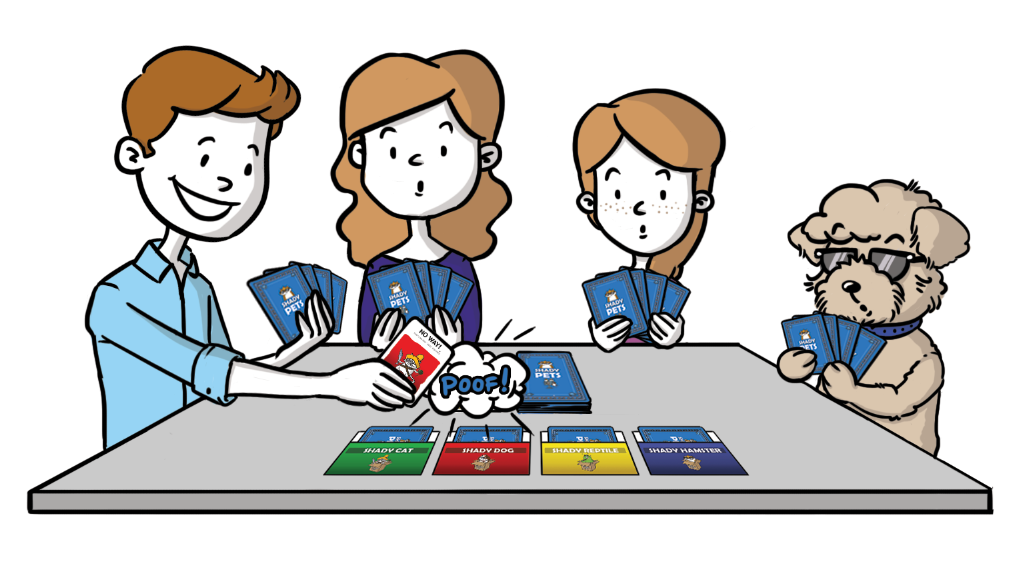 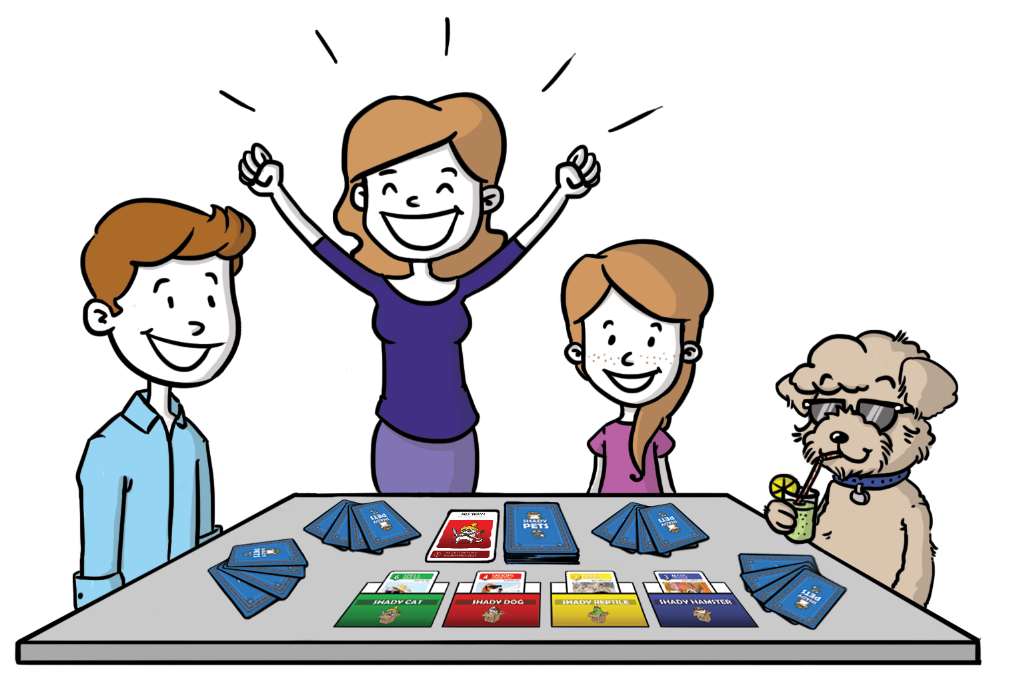