Throw Octopus! Tile Game is an innovative tile/puzzle placement game for 1-5 players that allows you to use clever strategies to place tiles in a growing seascape of colorful creatures.  Avoid the flying octopuses and shark attacks as you race to be the first to play all your tiles and win the game. Great family friendly fun!   Normally $35. Cyber Monday Sale. Now for Only $19.99. Save $15!

In the underwater realm of a tropical reef, lived a clever and mighty octopus who was surrounded by colorful friends. They lived in harmony. It was the best of times until the monstrous storm invaded the reef. Please watch video below for introduction to the game and details on how to play …

Welcome to the undersea world of the tropical reef with colorful sea creatures and cunning octopuses who wear shades. Throw Octopus! Tile Game is a new and innovative tile/puzzle placement game for 1-5 players that allows you to use clever strategies to place tiles in a growing seascape of colorful creatures.  Be the first to play all your tiles and win the game. Or play 2 player Octopus Duel for a head to head battle of wits and speed! We think Throw Octopus! has all the elements that make games popular. It makes players interact with each other in a fun yet competitive manner. It requires players to use dexterity to place tiles strategically.  In an effort to impede your competitors, you get to attack your opponents by throwing a baby throw octopus plushie at them,  and finally it’s a fantastic race to be the first to play out all your tiles!

Review Instructions (How to Play)

Here’s what you get in the box: 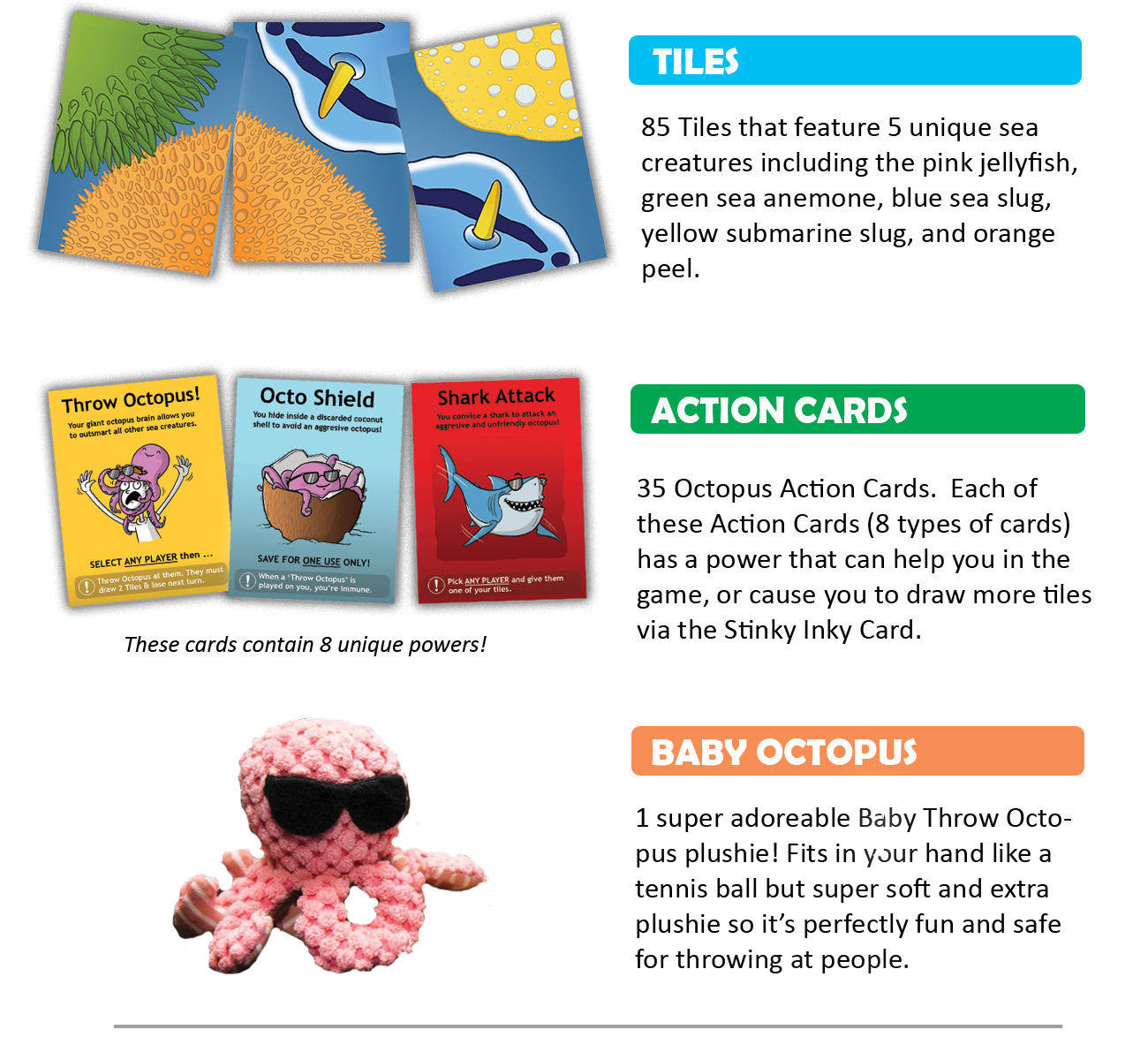 With our COMBO Pack you’ll get the Wild Octopus(sy) NSFW Action Card Pack. This Not Safe For Work version offers 35 action cards with art with adult humor and references not suitable for kids.  Here’s a sample of some of the NSFW artwork: 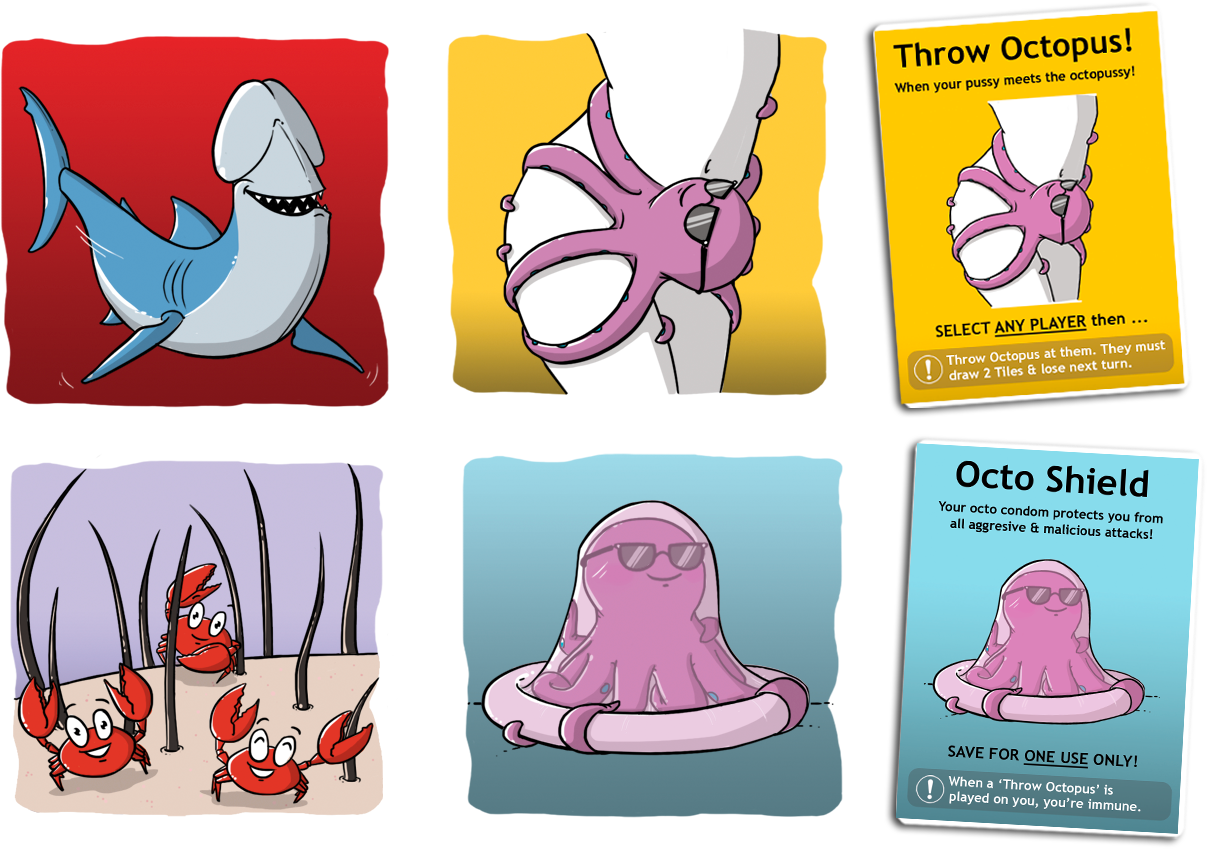 * We will have additional photos of the NSFW cards on our website shortly.

When you order the Combo Deal you’ll also get the full-sized Throw Octopus plushie, and the Baby Throw Octopus plushie (which is included in the game box). The full-sized version is about 2.5x larger than the baby version and packs a little more punch when throwing at your opponent. It’s made from the same material and still super soft and cuddly and still totally safe! When you draw the ‘Throw Octopus!” card, you will be able to choose which one to throw (or perhaps the kids get to throw the full-sized one, and the adults have to throw the Baby). A fun option to the game is that if you miss the target, the other person doesn’t receive the penalty of the card (draw 2 more tiles and miss their next turn) … so make sure you aim well!  Order Now.

Be the first to review “Throw Octopus!” Cancel reply