Every Jo in La Jolla

But the Grinchy Cat,

NOTE:  Not a person in La Jolla refers to themselves as a ‘Jo’,

The Grinchy Cat, however, doesn’t live in the town,

Has always called it ‘La-JO-lla’, and now doubles down.

Now, please don’t ask why. No one quite knows the reason.

It could be his head wasn’t screwed on just right.

It could be that, in December, La Jolla still sees temperatures of up to eighty degrees Fahrenheit.

(Not exactly Christmassy, you know?)

But I think that the most likely reason of all,

Was that his Santa Claus onesie was two sizes too small.

“The Jos are hanging their stockings!” the Grinchy Cat snarled with a sneer,

The Grinchy Cat meowed, with his claws nervously drumming,

“I MUST find some way to stop Christmas from coming!”

Then he got an idea! An awful idea!

THE GRINCHY CAT GOT A WONDERFUL, AWFUL IDEA!

“I know just what to do!” The Grinchy Cat giggled with glee

When he remembered he was wearing the Santa Claus onesie.

And he chuckled, and clucked, “What a great Grinchy Cat trick!”

“With this coat and this hat, I look just like Saint Nick!”

So, he loaded some sacks

On a ramshackle sleigh,

And merged onto the freeway.

But the Grinchy Cat got ragey

When the sleigh started down:

The holiday traffic was in-sane

As he sledded crosstown.

When he got to La Jolla, the Jos were all sleeping.

(Or they’d gone to San Diego for some Christmas Eve drinking.)

He came to an incredibly expensive-looking dwelling.

“This is stop number one,” the old Grinchy Cat hissed.

He couldn’t take the chimney—the fireplace being minimalist—

So he just used the cat flap. It was no problem at all.

B&E is quite easy when you’re a foot or so tall.

He slithered and slunk, a Grinchy Cat passant,

Around the whole room, and he took every present!

Then he slunk to the refrigerator. He took the Jos’ dinner!

He cleaned out that refrigerator and he didn’t go slow.

Why, he even took their last can of San Pellegrino!

Then he did the same thing to all of the Jos,

It was quarter past dawn…

All the Jos, still a-bed,

All the Jos, still hungover,

when he packed up his sled.

He rode eight hundred feet up the side of Mt. Soledad

To dump the whole load onto some poor Jo’s helipad.

“They’re finding out now that no Christmas is coming!”

“That’s a noise,” grinned the Grinchy Cat, “That I simply MUST hear!”

So he paused. And the Grinchy Cat put his paw to his ear.

But the sound wasn’t sad! Why, this sound sounded merry!

It couldn’t be so! But it WAS merry! VERY!

While the Jos were all singing, the rich and the super-rich,

He HADN’T stopped Christmas from coming! IT CAME!

Somehow or other, it came just the same!

And what happened then? Well… in La Jolla they say,

That the Grinchy Cat was put on a watchlist that day.

But the Jos didn’t press charges. It didn’t feel quite right,

What with that onesie being two sizes too tight.

Instead, every Jo in La Jolla took the journey up north

To demand that the Grinchy Cat’s owners, henceforth,

Only buy pet clothes that their pet would find comfy,

And with that, wished to all a very HAPPY HOLIDAY! 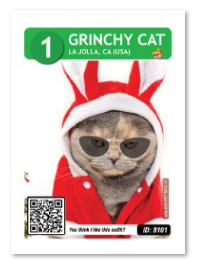 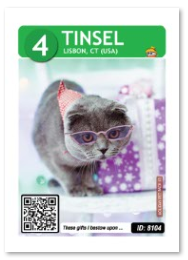 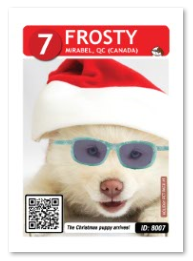 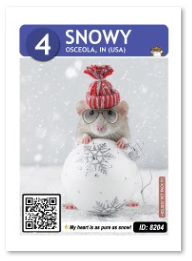